PREFACE: The issue of timing comes up a lot in the equestrian world. Generally, it is mentioned in the context of the application of aids. Matching which aid to apply with which footfall of the horse. Coordination of aids during a certain moment of a movement. The more precise you want your riding to be, the more important that timing becomes. But timing can be thought of within other contexts when it comes to our lives with horses. I share with you below an essay that I originally wrote for a magazine. Turns out it wan’t quite right for that particular publication. Maybe it wasn’t the right timing? Apparently my riding is not the only place I struggle to apply this concept . . .

The Right Horse At The Right Time
By Mary Lynne Carpenter

After many years of wanting and wishing, 2003 was the year that I finally became a backyard horse-owner. I had purchased my first horse, Blue, in 2001 and began boarding him at a local facility. My family and I, living in an apartment complex at that time, soon started the search for a rural property with room for horses. We must have visited a hundred properties before we found one that was suitable and affordable. Save for a brief stint living in another State, we have kept the same address for seventeen years now.

My newest horse, Shiloh, was coincidentally born in 2003. Just as I was getting my sea legs as a backyard horse-owner, Shiloh was learning to stand on his own four legs. We were both trying to navigate the world of horses in our own ways, me as a new horse-owner and him as a new foal.

Shiloh was 15 years old when I bought him. It is not lost on me that Shiloh and I, by virtue of us both now being middle-aged, have more time behind us than ahead of us. Who knows how many of those years will be healthy riding years where we are both willing and able to be active?

On the other hand, I also realize that Shiloh and I would likely not have been a good match for each other back in 2003. At that time, I was still dipping my toes back into all things equestrian as a re-rider. Shiloh was a young horse with a blank slate, ready to absorb and learn. Both of us needed to acquire knowledge and experience, but we probably couldn’t have done that together very successfully. We most likely would have taught each other the wrong lessons. I might have ended up a very scared and disappointed owner. Shiloh might have turned into a very mixed-up horse with an uncertain future.

Before I bought Shiloh, he had spent the previous five years mostly unridden. He was well-cared for. He was sound in mind and body. He had a good training foundation, but he had also gotten rusty in his handling and riding skills. I needed all my years of horse experience that I had accumulated since 2003 to help Shiloh acclimate to a new home where he would resume life as a riding horse. Shiloh and I have only been together about a year and a half now. We are still getting to know each other. I enjoy peeling back the layers, uncovering just how much good training other folks had obviously put into him over the years. Some might say we have come together too late, but our meeting up in mid-life actually seems to be good timing.

Even as I continue to develop my relationship with Shiloh, I sometimes wonder where my next horse is right now. That is, Lord willing I have the opportunity to bring another horse home in the future. Is he just being born or does he have some years under his belt already? What does she look like and how does she ride? Whatever package he or she comes in, I do hope that the timing is right when we meet each other. I hope that we each come to the table with complimentary life experiences that set us up for success. As the old saying goes, “timing is everything”. How this rings true when it comes to horses.

4 thoughts on “Essay: The Right Horse At The Right Time” 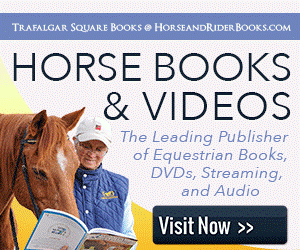